Triathlon is a unique activity. It is adaptive, inclusive and flexible. People of all ages, abilities and backgrounds can participate in triathlon, and it is a sport that emphasizes “finishing over winning”. Challenge, personal achievement and a healthy lifestyle is encouraged.

Triathlon is a multi-discipline sport involving a continuous race over various distances in the three disciplines of swimming, cycling and running, but is so much more. As well as the transition skills required between swim-bike (T1) and bike-run (T2) disciplines, you also need a background knowledge of the sport, the rules of competition, the how-to skills of coaching, and the ethics and welfare needed for safe and equitable coaching.

The History of Triathlon 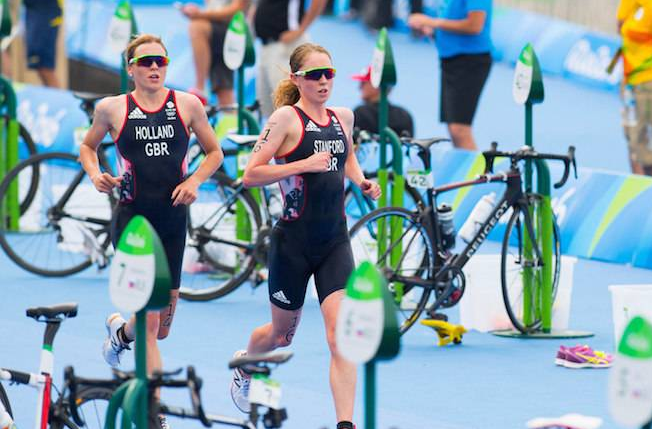 The origins of Triathlon may have started in France in the early 20th  century, but modern triathlon has its origins in west coast America in the 1970’s, when groups of swimmers, cyclists and runners started to combine the sports to race against each other. The first recorded triathlon took place in San Diego, California on September 24, 1974. It was organised by the San Diego Track & Field Club as an alternative to the rigors of training on the track. The race, which took place in San Diego’s Mission Bay, consisted of a 5.3 mile run, a 5 mile cycle and a 600 yard swim in the Bay. A total of 46 athletes finished the race.

Triathlon grew rapidly from its humble beginnings in San Diego and within a matter of years it became one of the fastest growing sports all over the world. The International Triathlon Union was founded on the 1st of April 1989, at the first ITU Congress in Avignon, France. A total of 30 National Federations attended the initial Congress and preparations were made for the sport’s first World Championships to be held in Avignon in August of 1989. At this meeting the Olympic distance was set at a 1.5km swim, 40km bike and 10km run.

Triathlon was officially added to the Olympic Programme by the IOC at its Congress in Paris in 1994. Triathlon made its Olympic debut at the 2000 Games in Sydney, with Switzerland’s Brigitte McMahon and Canada’s Simon Whitfield earning the sport’s first gold medals.

The Rio Paralympics were also the first time that paratriathlon entered the highest level of the sport.

Competitors race against the clock, which starts as they enter the swim and stops as they cross the finish line after the run. This includes time splits for each of the separate disciplines.

For this reason, triathlon is often reported as having a ‘fourth discipline’ known as the transition. The transition is the point in the race when competitors change from swimming to cycling (T1) , and from cycling to running (T2).

How Does a Triathlon Actually Work?

Triathlon is quite unusual in that you don’t actually complete a triathlon in training. This is generally saved for race day. Essentially you complete a swim then bike, and then run, with no stops between each one; it’s as simple as that!

Obviously there are rules, and as a coach you should be aware of these to stop your athletes getting penalties. Some common rules for beginners are:

Although triathlons vary in location, terrain and other features, the majority of triathlons follow the general format below.

The transition is often referred to as the ‘fourth discipline’ in a triathlon event. Transitions involve a change from one discipline to another and therefore include specialised skills related to equipment. In a traditional triathlon there are two transitions: Transition 1 or (T1) which is swim-to-bike and Transition 2 (T2) which is bike-to-run:

Transitions are unique to multi-sport events and occur between sports. Athletes “transition” from one sport to another, changing equipment in the transition area.

The transition area is a focal point of races, where all athletes keep their equipment. It is usually an exciting, chaotic, and crazy place.

Athletes use more fine motor skills and perform specific skills like putting on helmets and shoes; taking off swim caps, and moving the bike on and off the transition racks.

Depending on the race, the skills involved in a transition may include:

Transitions require an individual to be calm and fluid in their practice, while still moving as quickly as possible.

No two transitions are ever the same; there are many variables in transition so an athlete must be prepared for anything. For example, it is common for equipment to be moved or altered.

Many coaches underestimate the importance of transition practice, particularly in changing/ variable circumstances. It is important that transition practice is integrated into coaching sessions, practising for a variety of scenarios.

Safety concerns that arise in transitions usually relate to participants trying to rush which results in disrupting, tripping over, or colliding with other equipment or individuals.

Distances of individual events may vary from race to race, but there are some standard triathlon distances, quoted in terms of swim / bike / run:

Often longer races are referred to as ‘long distance triathlons’, some of which may be under the Ironman® brand. Since it began as a challenge between a group of Navy Seals, the Ironman® has grown to become one of the most recognised endurance events in the world. Originally a combination of the Waikiki Rough Water swim, the Around Oahu Bike Race and the Honolulu Marathon.

Triathlon has separate categories for athletes with disabilities (paratriathletes), elite athletes, and age group athletes (from 8 to over 85 years!), and all have recommended race distances. See the ITU Competition Rules for more details.

Duathlon is an activity that combines running and cycling in one event. Duathlons provide an excellent option for people who are unable to swim, or who do not enjoy the water, or in areas where there is no place to swim or weather conditions are not conducive to swimming.

Winter triathlon, usually the swim section is replaced by cross country skiing. You need snow or ice for this one, however the run and bike segments can take place on a different surface.

Cross triathlon, or X-tri, is an off-road triathlon discipline that typically takes place over a 1 kilometre (km) swim, 20 to 30km mountain bike and 6 to 10km trail run.  The discipline first emerged in 1996 at a race in Maui, Hawaii, and later evolved into the world-renowned XTERRA series.

One of the simplest forms of multisport, Aquathlon consists of swimming and running. The official distances for the annual ITU Aquathlon World Championships are a 2.5km run, 1km swim, and 2.5km run.  Note in some countries there may just be a swim followed by a run.

ITU’s Triathlon Mixed Relay format is racing at its most thrilling. It’s energetic, exciting, uncompromising and action-packed. This innovative format also known as 4XMixed Relay, comprises of two men and two women. Each athlete completes a ‘super-sprint’ triathlon of swimming, biking and running, before tagging off to their next team mate. It’s non-stop action from the very beginning, and the pace is relentless. It is survival of the fastest.  Mixed Relay will enter as an Olympic Event in Tokyo 2020.

The event has three segments for each competitor : 4 x Swim – Bike – Run

What is a Triathlete?

When a person from outside the sport is asked to describe a triathlete, they will use some of the following terms:

As insiders to the sport, we know that, whilst there are triathletes that meet all the above descriptions, Triathletes come in all shapes, sizes and have personal goals ranging from finishing a sprint to qualifying for Ironman® Hawaii.

As a coach you need to recognise and respect all athlete’s goals, and you have a responsibility to encourage participants who are new to the sport, some of whom may be thinking the above is what they need to be to take part.

Let us consider some of the basic requirements of a triathlete and the starting point for a Triathlon coach. Most people will come to the sport with some experience of at least one of the disciplines, but may have very limited experience in the others. The following list shows that the required standard to be a triathlete is not high:

Coaching and teaching are very similar, however a Triathlon Coach may not be versed in teaching someone to swim, or teach the fundamentals of riding a bike. If a person requires this level of support, they should be signposted to a specialist swim teacher or cycling coach.

There are people who may not have the physical ability to swim, cycle or run using the standard equipment, but anyone who wants to should be able to take part in triathlon activities. Paratriathlon is well developed and can support athletes and coaches to ensure our sport is open and accessible.

As a coach, you need to be able to adapt sessions to meet your participant’s needs, and also learn where to signpost athletes when required.

Triathletes fall into a range of categories, these include:

Age-Group: Triathletes who are non-professional but passionate about the sport. These individuals are performance orientated. The age-group system allows you to compete against other triathlete entrants of the same age (within a five year band) and sex. Triathlon and duathlon World Championships give all triathletes the chance to enter – they have an age-group category as well as an elite category.

Elite: professional triathletes or paratriathletes who compete at an international level.

Athletes are also grouped on age:

Like all sports Triathlon is governed by rules that apply to all races that come under the governance of your National Federation or the International Triathlon Union for international races.

There are some common rules that most competitors have heard about, and some less well known ones, that are nevertheless important.

Common Rules that many people have heard of include:

There are however a significant number of other rules, which include specific definitions of what equipment is allowed and when, specific race rules for different distances.

Coaches should make a specific effort to learn and understand the majority of rules, at least at a high level. In this way they are in a better way to educate their athletes, and with some imagination can also simulate mental skills in a race, when dealing with issues around rules and potential penalties.

The first step is to read and digest the rules of the sport, found in the rule book.  A link to the Rules of the sport will be available once you have completed the introductory section of this content in the Triathlon Rules Section.